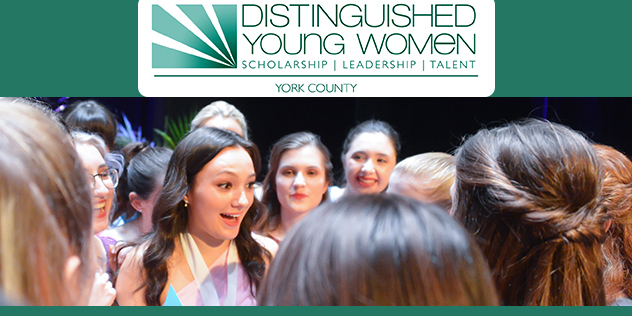 -This is a rental presentation-

Distinguished Young Women is a nationwide scholarship program that has successfully opened the door of opportunity for young women since its beginning in 1958. It is the oldest and largest scholarship program for high school girls in the United States.

The program recognizes and rewards outstanding students for their accomplishments with scholarship dollars. This scholarship program includes the following five areas of competition:

This program places an emphasis on excellence and rewards young women for their academic achievements.  Participants are leaders in their school and community, as well as role models for all youth.  In addition to the scholarships awarded, the program serves as a preparation and learning experience for college and careers. 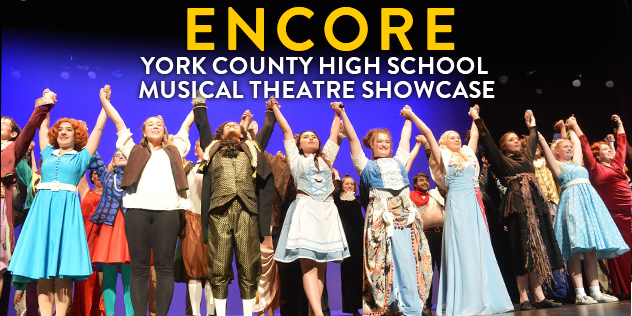 -This is a rental presentation-

This celebration of musical theater in York County High Schools is presented annually to recognize the talent, work and accomplishments evident in our community’s high school musical productions.  Over 500 students will perform in this spectacular presentation!

A total of $25,000 in scholarships will be awarded to students at the event.  The Cultural Alliance is the sponsor of the Directors' Scholarships.  In addition, a special award, the Rozella Olp Anstine Scholarship, will be presented by Atty. William B. Anstine, Jr.  Additional sponsors include John Giambalvo and the Jack Giambalvo Family of Dealerships, The Brougher Foundation, Coni Wolf, Win Bradley and Family, as well as David and Joan Stauffer.

Representatives from each high school will perform in a musical finale to celebrate the talent of York County students.

This event is a highly anticipated afternoon of theater magic!  Showcasing the hard work of these students, directors and production teams brings pride to York County.  Bryan Tate will serve as Master of Ceremonies for the event.

ON YOUR FEET! The Story of Emilio & Gloria Estefan 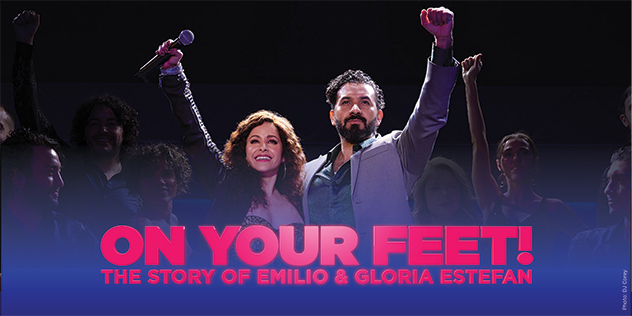 HER VOICE. HIS VISION. THEIR STORY.

ON YOUR FEET! is the inspiring true story about heart, heritage and two people who believed in their talent—and each other—to become an international sensation: Gloria and Emilio Estefan. Now their story is an all-new exhilarating original musical winning the hearts of critics and audiences alike, with the Chicago Tribune declaring “IT’S A HIT!” and The New York Times cheering, “The very air in the room seems to vibrate in this undeniably crowd-pleasing musical!”

ON YOUR FEET! features some of the most iconic songs of the past quarter-century, including “Rhythm is Gonna Get You,” “Conga,” “Get On Your Feet,” “Don’t Want To Lose You Now,” “1-2-3,” and “Coming Out of the Dark.” Prepare to be on your feet from start to finish!

An Evening with George Takei 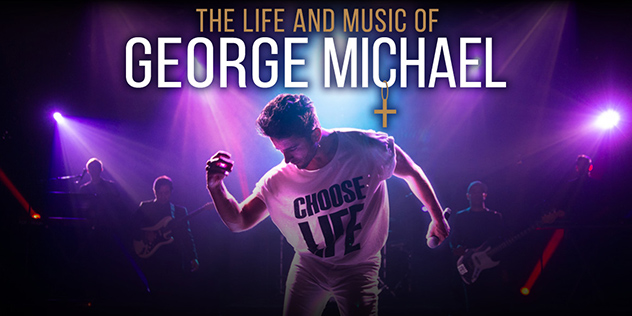 With an uncanny eloquence and signature wit, Takei shares the story of his family’s forced internment as Japanese Americans during WWII—a seemingly forgotten part of American history. He also takes audiences through his rise to celebrity as a Sci-fi icon, his remarkable journey as social media mega-power, and his passionate fight for LGBTQ+ rights and marriage equality in America empowering others to beat the odds and make a difference.

*VIP tickets for this event include a meet and greet with the artist, and a signed photo. Meet and greet time is to be determined and will be shared by email prior to the event. As official health guidelines evolve regarding COVID-19 safety, the venue or artist may request masking, proof of vaccination, and/or proof of a negative COVID-19 test for entrance into the meet and greet. Updates will be emailed to you prior to the meet and greet so you can prepare for the event. Please be sure to include your email address when ordering VIP tickets. Thank you. 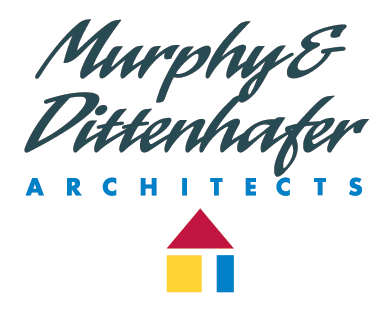 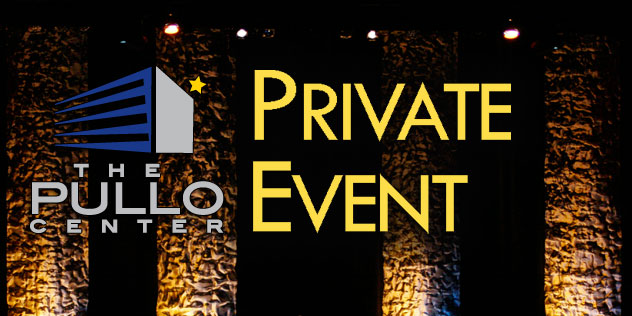 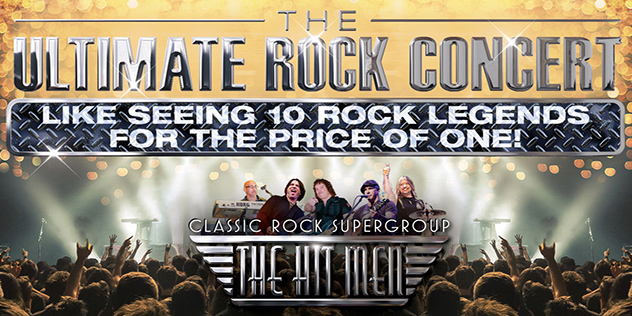 Relive Rock’s greatest hits with The Hit Men – five fantastic musicians who have shared the stage with legendary artists, including members of Foreigner, Cheap Trick, Wings, Alan Parsons, Billy Joel, Sting, Elton John, Journey, The Who and Cream. In this Ultimate Rock Concert, The Hit Men celebrate their associations with these mega-stars, share their first-hand experiences as eyewitnesses to rock history, and perform classic hits you know and love… “Layla,” “Don’t Stop Believin,” “I Want To Know What Love Is,” “Feels Like The First Time,” “Eye in the Sky,” and many more… just the way you remember them!

In 2019, members of The Hit Men were recognized by the Musicians Hall of Fame and Museum in Nashville with the organization’s first-ever “Road Warriors Award”, given to honor “their years of dedication to the music and the countless miles they have traveled in delivering so many hits throughout the world.”

With backstage stories, multi-media and top of the charts classic rock hits from so many different rock legends, a performance by The Hit Men is like seeing ten Rock Legends for the price of one! Come hear the soundtrack of your life. Come see The Hit Men. 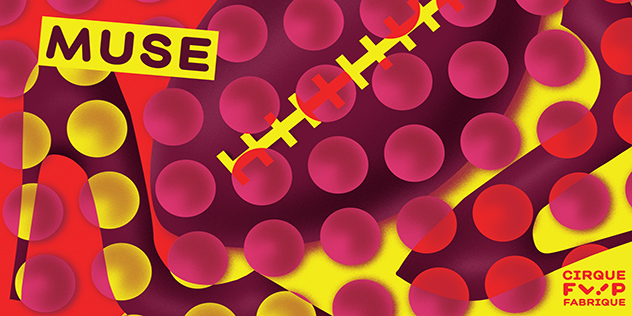 Can a woman play football? Can a man wear gowns and high heels? Can a human defy gravity?

The show’s collection of dazzling eclectic performers will choose between a football uniform or ballet costume, challenge themselves to accomplish death-defying acts as they never have before, and celebrate all that inspires them to go beyond what they ever thought was possible. Set to an original score by beatmaker Millimetric and featuring live onstage vocals by singer Flavia Nascimento, this performance combines breathtaking artistry and athleticism.

Get ready to see powerful women, graceful men, and everything in between. Whether wearing high heels or shoulder pads, the acrobats’ playful, exciting, and gravity-defying performance is sure to amaze.

The Four Phantoms In Concert 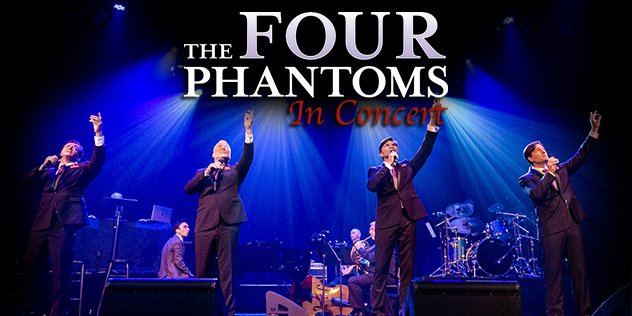 An extravagant celebration of the iconic music of Broadway and more, The Four Phantoms In Concert brings together four Phantoms from the Tony Award-winning The Phantom of the Opera for an unforgettable night of entertainment. The Four Phantoms features an extraordinary quartet of performers, including Brent Barrett, John Cudia, Franc D’Ambrosio, and Ciarán Sheehan under the music supervision of two-time Grammy Award-winner David Caddick and music direction of Ryan Shirar. The Four Phantoms are joined by special guest Kaley Ann Voorhees, one of the youngest sopranos to play the role of Christine on Broadway.

The Pullo Center would like to thank you for your patience and support throughout the COVID pandemic.

Due to changes in Penn State University's mask guidelines, masks are no longer required for guests at The Pullo Center.  It is of course optional for those guests who choose to continue masking.

In the case that the artist or promoter of an event requires masking or other safety protocols, we will inform guests in advance through email and the event page on our website.

The Pullo Center Box Office is open for in-person and phone orders Monday through Friday from 10:00 a.m. to 2:00 p.m. If you require assistance and are not calling during those times, please leave a message and you will receive a return call on the next business day. Tickets can be ordered online anytime.

For more information on the University's guidelines, click here.

The Lancers Drum and Bugle Corps, from Hanover, Pennsylvania, is hosting their 10th Annual Profiles In Music ~ “A Drum and Bugle Corps Showcase.” The show will consist of the finest Alumni Drum and Bugle Corps from the East Coast, along with some other exciting music groups, each performing a twenty-minute concert. You won’t want to miss this exciting show of drum and bugle corps music. This event has sold out each of its previous nine performances, so purchase your tickets early to ensure your seats! 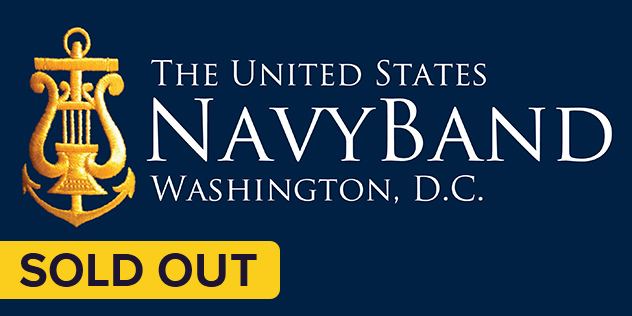 Collaboration with celebrities has become a hallmark for the Concert Band. The band was featured with Arthur Godfrey of NBC radio fame in 1927. Gene Kelly was guest star for the first episode of "The Navy Hour" radio program in 1945, which the band produced for an astounding twenty-three years. More recently, the band featured guest artists Tony Curtis and Gregory Peck. In 2002, the band was filmed performing "America the Beautiful;" the performance was broadcast by the NFL prior to each game during opening week. In addition to national concert tours and an extensive local concert season, the Concert Band has been featured internationally at military tattoos and festivals in Oslo, Norway, Stockholm and Quebec City, Canada. In 1996, the band was honored to participate in the 300th Anniversary of the Russian Fleet in St. Petersburg, Russia, and in the Baltic International Festival of the Fleets in Kaliningrad, Russia. Recognized as one of the finest wind ensembles in the world, the Concert Band is in constant demand by the nation's foremost musical education organizations, such as the American Bandmasters Association and The Midwest Clinic.