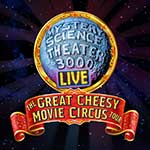 The award-winning TV comedy “Mystery Science Theater 3000” (MST3K) is coming to York in an all-new LIVE show featuring Joel Hodgson, original host and the creative vision behind the beloved TV and Netflix comedy series for more than three decades, in his final live tour. Produced by Alternaversal LLC, Mystery Science Theater 3000 Live: The Great Cheesy Movie Circus Tour will play the The Pullo Center on September 14, 2019, with the never-before-screened film No Retreat, No Surrender. 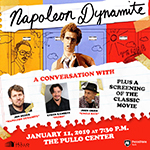 The beloved indie classic “Napoleon Dynamite” was made almost 15 years ago. Since then much has changed; but the characters, as enduring as they are endearing, stay in our hearts.