Live at Birdland is coming to The Pullo Center 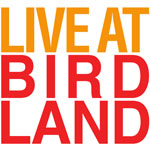 Named after famed alto saxophone player Charlie Parker, nicknamed Bird, Birdland was founded in New York City in 1949. The list of performers who were regulars at Birdland throughout its illustrious history reads like a who’s who of Jazz: Charlie Parker, Dizzy Gillespie, Thelonius Monk, Miles Davis, John Coltrane, Stan Getz, and Lester Young are just a few of the many jazz greats who made Birdland their New York home.

Live at Birdland features The Birdland Big Band directed by Tommy Igoe in a setting designed to recreate the ambience and experience of a night at Birdland. This dynamic new ensemble, straight from the jazz mecca of NYC, provides an unforgettable musical event that goes beyond the traditional and sets the standard for the 21st-century jazz orchestra. World music is explored from every corner of the globe to surprise and delight audiences of all ages while infusing the best of American jazz with excitement that hasn't been seen in decades. Featuring New York's finest musicians and directed by one of the world's greatest drummers, The Birdland Big Band has become New York City's most popular weekly musical attraction.