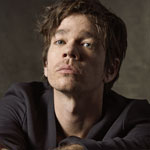 The Pullo Center at Penn State York welcomes the Campus Consciousness Tour featuring Nate Ruess (lead singer of FUN. and The Format) to its stage on Tuesday, September 22, 2015, at 7:30 p.m.  Ticket prices are $30 and are on sale August 6 at 10:00 a.m.  Members can order now.  Tickets can be purchased at The Pullo Center Box Office, charge by phone at 717-505-8900, or online at ThePulloCenter.com.
For more information on the tour, please visit http://www.campusconsciousness.org.

Nate Ruess knew he wanted to call his album Grand Romantic long before he finished writing its songs. The singer-songwriter says he's always been a romantic, even if he's also always been the cynical kind. Last summer, as he began writing and demoing tracks for his solo debut, his awareness of these dueling qualities was especially pronounced. Ruess was in the early days of a new relationship, with all of its anxiety and excitement. Standing in the shower one day, he started singing the melody and lyric to "Nothing Without Love," Grand Romantic's linchpin tune. "At first, when I sang 'I'm nothing without love,' I thought, 'Well, that's cheesy,'" he says, with a laugh. "But then I realized it's actually just a simple but very meaningful phrase." Ruess says he felt inspired to make "an album that had more falling-in-love songs than falling-out-of-love songs, because they don't exist enough these days."

He sang the melody for "Nothing Without Love" into his phone's voice recorder and labeled the file "LISTEN TO THIS ONE" -- a note intended both for himself, so he wouldn't lose it in the long scroll of nascent song ideas, as well as for producer Jeff Bhasker, one of Ruess's principal collaborators on Grand Romantic. "When I went into the studio with him to start constructing the track, I had certain instrumental melodies I wanted to hear, but otherwise Jeff straight up built the song," says Ruess. "It was energetic and it felt exactly the way I was feeling, which was amazing. For myself, it was one of the truest times that's ever been captured musically, so I was over the moon about it."

Ruess and Bhasker's musical partnership kicked off a few years ago, when they worked together on Some Nights, the phenomenally successful album by Ruess' band fun. Since its release in 2012, Some Nights has sold more than a million copies, spawned three chart-topping singles, and earned the band a pair of Grammys. "It's exciting for me to work with someone who has such a clear vision of what they want to do," says Bhasker, who has also produced albums by Kanye West and Beyoncé, among others. "Hearing his vision and knowing that I can help -- that pushes me to push him, and we push each other back. We haven't had this relationship where we grew up together and have known each other for twenty years, but we just happen to be totally on the same page."

Says Ruess: "From the moment Jeff and I started recording 'We Are Young,' there's always been some sort of magical connection between the two of us." The duo's batting average is pretty stellar, between "We Are Young" and Ruess's Pink collaboration, "Just Give Me A Reason." "Jeff knows how to get passionate about the songs in a way that, as a self-deprecating artist, you get to feel like, 'Yeah!'" says Ruess. "Working with Jeff helped me learn to start appreciating the songs I was writing."

Meanwhile, musician and producer Emile Haynie (Lana Del Rey) has been an equally significant contributor, programming drum tracks for virtually all of the songs Ruess has recorded with Bhasker. "The three of us have had a pretty crazy few years," says the singer. "We've become so close, and we owe a lot to each other." For Grand Romantic, they set aside a couple weeks each month to get together and work on Ruess's songs, recording from a rented house in LA's Nichols Canyon. Ruess doesn't play an instrument, so he's always relied on his collaborators to help execute the arrangements he's hearing in his head. With Bhasker, he says it's almost like telepathy: "I'd sing Jeff the song and he would immediately know every chord I wanted to hear." In another room in the house, Haynie would be working on the beats. Says Ruess: "Emile's got insanely fresh drum samples from the 60s and 70s, which is perfect for me because all I ever wanted was for my songs to have a snare that sounds like Fleetwood Mac. But he combines it with a hip-hop swing, so it's kind of the best of both worlds."

Ruess also recruited Red Hot Chili Peppers guitarist Josh Klinghoffer, who had guested almost a decade ago on an album by Ruess's old band, The Format. "We gave him very little instruction for these songs," says the singer. "We were like, 'Josh, do whatever you want to do.' And we loved everything." Elsewhere, Wilco's Jeff Tweedy plays guitar on the bittersweet ballad "Take It Back." Says Ruess: "He broke my heart, in the best way, with the part he recorded." Lykke Li contributes backing vocals on "Nothing Without Love," among others, and Beck harmonizes with Ruess on the country-tinged "I Guess That's What This World Is Coming To," which he calls "my take on the modern world."

"What's great about him not being able to play instruments is that what he comes to the table with is so pure melodically and lyrically, it can stand on its own," says Bhasker. "The type of lyrics he's writing are really a cut above. In pop music today, there's a lot of pandering in lyrics and appealing to people's lowest qualities and taking the easy way out. I think Nate really digs into what he's feeling in his soul. He writes about issues like death, and dealing with the ugliest part of yourself or having to face really tough decisions instead of avoiding them. With this album, it's about taking those dark themes and saying, 'I want to enjoy and embrace life.' To do that in a way that's not too sugary or cheesy, that's what the best artists can do -- to really drop your guard and say, 'This is who I am.'"

Ruess notes that, whereas in the past he may have been too precious about his ideas, he has learned to let go and trust his instincts. You can hear what he means on tracks including "Nothing Without Love," the dramatic "Great Big Storm" and the album opening "AhHa," which Ruess initially demoed simply by freestyling the vocal melody over a loop of himself laughing maniacally. "There's a little bit of embracing oneself that has to happen with something like this," he says. "There's always been some theatrical aspect to my music. And I would love to bury it, but I can't. I'm not ready to embrace it 100%, but I'm ready to accept it." He continues: "I feel like, as a human being, I've grown so much in the process of making this album, and this needed to happen," he says. "I've never had a better time doing anything in my entire life."

Grand Romantic is on sale now via Fueled By Ramen.