Remember When Rock Was Young - The Elton John Tribute 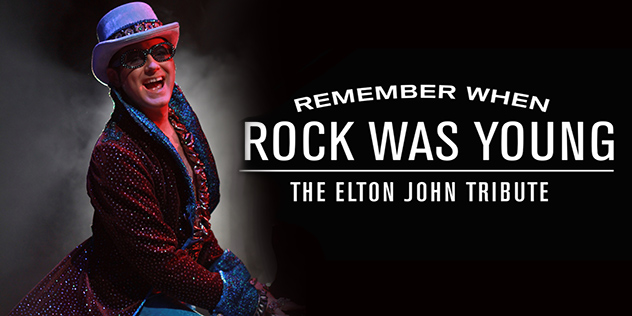 Remember when Rock was Young: The Elton John Tribute is a full strength stage experience like you've never seen before! Capturing the music, costumes and charisma of Sir Elton John, this show leaves audiences gasping for breath from all the fun they've had!

In addition to his numerous credits with roles in film, television, and on Broadway, Meyer has toured internationally and recorded with music legends including Frankie Valli and Barry Manilow.

He is considered to be the best Elton John tribute artist in the market today whose strong vocals, striking resemblance, and amazing talent on the piano has audiences everywhere remembering when rock was young.

This spectacular theatrical experience is a musical journey celebrating the decades of chart topping hits of Sir Elton John, including: “Benny and the Jets," “Philadelphia Freedom," “Crocodile Rock,” “Goodbye Yellow Brick Road,” and “Candle in the Wind.”

Meyer’s fully produced show has captivated audiences throughout the United States and internationally.