Iconic Rock Band, Asia is coming to The Pullo Center 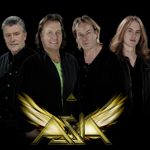 Iconic British rock band ASIA is about to embark on its 2014 Gravitas World Tour, incorporating visits to Japan, the United Kingdom and the United States. The band is taking to the road in support of its acclaimed new CD, Gravitas, introducing its newest member, guitarist Sam Coulson.

Asia’s debut album exploded onto the music scene in April, 1982, with several Top 10 singles including “Heat of the Moment” and “Only Time Will Tell”. It became the best-selling album in the World in 1982. Featuring Geoff Downes on keyboards, Sam Coulson on guitar, Carl Palmer on drums and John Wetton on lead vocal and bass, Asia was the logical successor to their collective bands of the 70s – Yes, ELP, King Crimson, UK and The Buggles.

Asia became one of the most played acts during the first year of MTV. Throughout most of ’82, Asia ruled the radio airwaves and MTV, selling out every date on tour as the debut album crushed all the competition in record stores around the World.

For ASIA’s long-devoted fans, the band’s return to the concert stage cannot come soon enough. As Carl Palmer says: “performing on stage is where this band truly comes into its element. Seeing the fans reacting to our music is what makes it all worthwhile. It is the fuel that drives this train we call ASIA.”