Kongos are coming to The Pullo Center 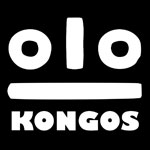 The brothers KONGOS -- multi-cultural, multi-faceted, multi-instrumentalists -- craft a unique and irresistible sound spawned from shared DNA, diverse influences and spot-on melodic and lyrical sensibilities. On "Lunatic," their 12-song Epic Records debut, the band's talent shines on "Come With Me Now"; the title an impossible-to-resist aural summons, the rock-alt crossover tune kicking off with the accordion, jumping into foot-stomping, staccato rhythms, slide guitar, and soaring epic soundscapes reminiscent of U2. "I'm Only Joking," whose lyrics hint at the album's title, hits the mark with decisive tribal rhythms and Pink Floyd-esque mysterious modern rock. Thanks to an earlier self-release of "Lunatic," KONGOS are already stars overseas, playing their numerous hits off "Lunatic" for crowds of up to 65,000 at South African festivals and touring the Republic with Linkin Park, and the UK and Europe with AWOLNATION and Dispatch. With a Feb-March North American tour with Airborne Toxic Event and alternative and rock radio hot on "Come With Me Now" and "I'm Only Joking," (not to mention "Come With Me Now" in promos for NFL, NBA and ESPN), 2014 is quickly shaping up as the year the U.S. catches KONGOS fever.