Zoinks! Mystery-Solving Chills and Thrills Come to the Pullo Center in the All-New Scooby-Doo Live! 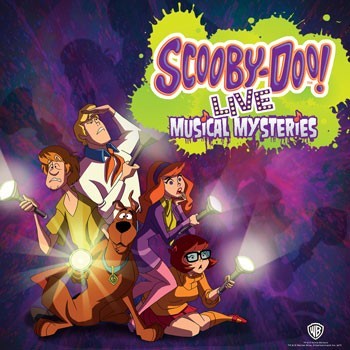 The much-loved Scooby-Doo and the Mystery Inc. Gang take center stage in an all-new family musical, SCOOBY-DOO LIVE! MUSICAL MYSTERIES, presented by Warner Bros. Consumer Products and Life Like Touring. Featuring everyone’s favorite characters from one of television’s longest-running animated series, SCOOBY-DOO LIVE! MUSICAL MYSTERIES is set to thrill audiences at The Pullo Center on January 19.
Ticket prices are $55, $40 and $25 and go on sale October 12, at 10:00 a.m. Pullo Center members can order now. Tickets can be purchased at the Pullo Center Box Office, charge by phone at 717-505-8900, or online at ThePulloCenter.com.

In this exciting new production, Scooby-Doo and the Mystery Inc. Gang have been called upon to help solve an epic mystery. A trouble-making ghost is haunting a local theatre and Shaggy, Fred, Daphne, Velma, and Scooby-Doo are on their way in the Mystery Machine to crack the case. With crazy ghosts, perplexing puzzles, and an abundance of Scooby Snacks, it’s Scooby-Doo and friends at their best, travelling across the country, solving mysteries wherever they go.

SCOOBY-DOO LIVE! MUSICAL MYSTERIES features big musical numbers including the evergreen Scooby-Doo theme song, “Scooby-Doo, Where Are You?,” alongside original groovy tunes including “Round Every Corner” and “We’re Mystery Inc.” Filled with wacky new characters and uproarious antics, SCOOBY-DOO LIVE! MUSICAL MYSTERIES has young audiences on the edge of their seats in traditional Scooby-Doo fashion from the moment the lights go down.

“The timeless antics of Scooby-Doo and his mystery solving Gang have been delighting kids for generations,” said Brad Globe, President, Warner Bros. Consumer Products. “We are thrilled to be bringing the Scooby Gang home to North America in this exciting new musical for the whole family. Scooby fans of all ages will truly enjoy this immersive and entertaining experience.”

Scooby-Doo has been delighting families for decades, and today, with 99 tour stops, sold out performances and thousands of fans attending each show throughout Australia, WBCP and Life Like Touring are thrilled to be bringing SCOOBY-DOO LIVE! MUSICAL MYSTERIES to all Scooby fans in North America.